Digital technology – and with it, custom software and app development – is the defining megatrend of the modern era. For most companies, software and/or mobile apps are inextricably linked to their business operations and are also embedded in modern appliances and machines found across most industries. Software apps are also pervasive in our current connected society with among others, governments, businesses, and educational institutions becoming increasingly dependent on software to render services and build products. This is also true for the Western Cape, the hub of software development in South Africa,  where growth in this sector is consistently creating new and innovative opportunities for businesses growth throughout the entire country.

South Africa is ranked second for having Africa’s fastest internet speeds while Cape Town boasts easy-to-locate, reliable and fast WiFi. Cape Town is deservedly known as Africa’s leading digital city. This has led to substantial investments earmarked for the creation of infrastructures that will encourage even more digital connectivity than ever before, also in the Western Cape. Information and communications technology (ICT) companies are among the fastest growing in the Western Cape which is evident from the high demand for software developers, coders, data scientists and digital marketers.

According to a recent IFC report on the African internet economy, there are approximately 690 000 professional software developers and programmers in Africa. More than 50% of these are from South Africa, with the majority based in the Western Cape. To capitalise on these numbers, various initiatives have been introduced to establish the Western Cape as a software and digital hub. Some of these initiatives include the Bandwidth Barn, the Cape IT Initiative, the Silicon Cape Initiative and various technology parks.

South African software developers who made it big abroad

Making it big in Silicon Valley is probably many South African tech start-ups’ dream. Quite a few South Africans have realised this dream including Mark Shuttleworth whose company Thawte was ultimately acquired by VeriSign for $575 million. Adriaan Pienaar, Magnus Jepson and Mark Forrester, founders of Woo Themes and its sister site WooCommerce, are three more South Africans who made the cut by selling their web development company to Automattic for approximately $30 million. This list will not be complete without mentioning South African-born Elon Musk who co-founded Paypal and Zip2.

Given the undeniable talent (both software and app developers) situated in the Western Cape combined with robust support in the form of various initiatives, the Western Cape is on track to become a top start-up hub and area of innovation, establishing itself as Africa’s ‘Silicon Valley’. 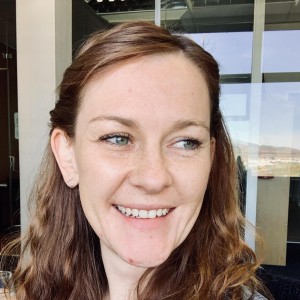