As an iOS developer, you are almost always guaranteed to come across JSON within a project. In this blog post we will discuss how to easily create a bridge between the JSON, coming from the server, and your local swift objects.

It makes converting JSON objects to swift objects extremely easy without having to write any boilerplate code. Essentially automates the process.

How to use it

Let’s start with a simple example. Consider the following JSON:

(The JSON string, for sake of simplicity, will just be a String object in swift, called jsonString)

Here we have a JSON object representing a Polymorph employee. Now lets create a struct in swift to match this JSON object and extend Codable so that we can decode the JSON object into the struct. We are choosing to make it Codable , because we would also like to encode the object to JSON.

Now for the magic! To decode the JSON into the PolyPeep struct we simply write:

And just like that, you have a polymorphEmployee object that is ready to go.

So how does it work

Now you might be thinking, that’s great and all, but what happens if I don’t want to use the same property names that are present in the JSON object?

Don’t worry there’s an easy solution for this situation as well.

Let’s now assume now that we want to convert the following JSON to the exact same Swift object PolyPeep.

Now the keys don’t match anymore (first_name != name). In situations like this, you use CodingKeys. This is used to define the exact key that is associated with each property:

Let’s now have a look at a more complex example to show that the Codable protocol will suit your every JSON need.

Here we show that Codable can handle enums as well as Dates, which are very commonly used. To convert this we only need to specify that date format and the enum’s will handle themselves automatically according to their integer values.

It’s also possible to tell the date decoding strategy to use a completely custom type. You can also have nested Codable structs… and the list goes on.

Let’s look at an encode example

And then to encode it to a JSON string we simply write:

And that’s all there is to it!

And there you have it. I hope this short article was useful and that you will be excited to start using codables. 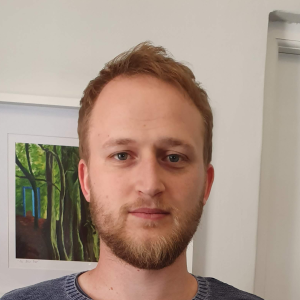